Operation HOT, Officers Clubs and Base Theaters around the world

Supporting Military across the globe

Planning events that boost morale for people who serve and protect is no laughing matter. Performance provides much needed stress relief from daily operations to soldiers stationed locally or as far as Afghanistan and Kuwait. Part of celebrity team overseas or headlining at officers clubs, hypnosis show has an intimate experience, even when thousands are in attendance. 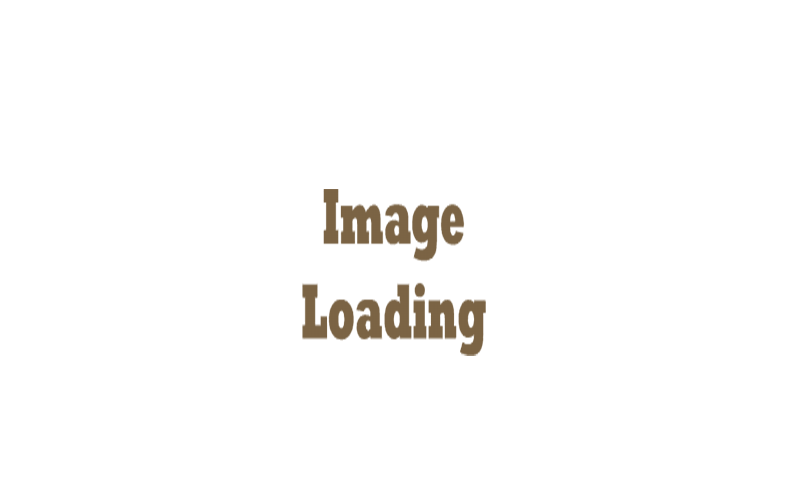 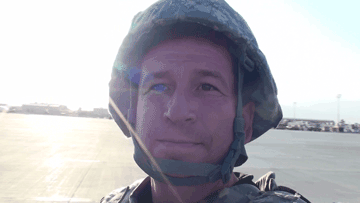 In June 2011 Hypnotist The Incredible Boris performed for the troops in Afghanistan's Bagram Air Field as part of Operation HOT - Honoring Our Troops.

It was an amazing affair never done before on such a grand scale. Thousands of troops were fed a cajun creole meal, provided with presents from home and a show that rivalled any event in a Las Vegas showroom. The event also delivered numerous videotaped thank you notes to the troops.

It was a heartfelt delivery of thanks to the heroes who put their lives on the line for freedom.

Here is a personal account of the trip from Boris.

This event was dubbed Operation H.O.T. – Honoring Our Troops. It was dreamed up by a Houston Chef, Charles Carroll, who came up with an initiative to feed and entertain the troops in Afghanistan. A day of events, budgeted over $150,000 was to be planned along with entertainment, messages from home and presents from sponsors. Entertainers included a comedy hypnotist (me), celebrity chefs, comedians, a magician, opera singers disguised as soldiers and soundmen, and a U2 cover band.

We underwent antiterrorist training, supplied information for security checks and even blood type. We were directed not to announce details on social media. Other than a few excited social media updates no more was allowed to be divulged.

The organisers had an unprecedented task of clearing people through military channels, shipping raw materials to feed thousands of people, prepairing video footage to be shown on site, arranging airfares and ground transportation, raise sponsorships, design logos and even print t-shirts before entertaining troops.

All were meeting in Washington to continue the trip to Kuwait and Afghanistan. But due to extreme weather, I missed the Washington connection. I flew via Frankfurt, Germany only to arrive to Kuwait a few hours after the team departed for Afghanistan.  The trip’s sound guru, Zito, who tours with Backstreet Boys, also missed the Washington connection. We met in Kuwait and even got a guitar that got lost in transport. Temperature in Kuwait that night was 39 degrees Celsius. It’s a dry heat, pushing into the forties and fifties during the day with blowing sand that makes breathing difficult.

We flew military planes to Afghanistan. We got dressed up in protective gear – a helmet and protective vest weighing thirty pounds. We passed numerous check points where my passport and paperwork was scrutinized. Our car was searched and they even suggested that the guitar case, which was locked for travel could be blown open. Our escort, an officer vouched for its security.

We arrived in Afghanistan after dark and retreated to the barracks. I found it difficult to sleep with all the excitement. Every so often, jet planes flew overhead on their missions.

The stage was already set up. The sound and lights crew from Kuwait were putting finishing touches during the sound check. Seven pallets of gifts were being unpacked and set up for distribution. The food was being cooked to feed 4-5000 people.

In our free time we toured the facilities, embraced soldiers and were greeted by high ranking officers. This was still war territory. Everyone had a weapon, usually two or three, always at the ready - machine guns, pistols and knives. Our job was to get them to forget, if only for an instant, where they were and bring them a touch of home and love that one associates with that feeling.

Chefs prepared the feast and soldiers came as their schedules allowed. The bandshell provided shade from the scorching sun. We were lead on stage by a soldier, who unknown to them would get a present. My escort was a shy, tall pretty girl with a contagious smile and a warm personality. If you met her elsewhere, you would never even suspect that she even knew how to hold a gun.

I was the first performer, responsible for setting the mood and tone for the entire show. I had one obstacle – everybody had a weapon. I am a comedy hypnotist and invite volunteers on stage. I started with a joke, and told my volunteers to ROCK their weapons, correcting myself with a term they understood easily - RACK your weapon or put it for safekeeping in a metal rack. Troops were ready to be entertained. I wore the brightest and loudest shirt that set me apart form a sea of camouflage.
The laughter filled the auditorium and even though everyone was standing, they hung on to my every word and action. The audience was appreciative and excited. Each performance concluded with a personal and emotional message of thanks. This emotion carried the theme from one performer to the next and the troops felt our sincerity. Between acts, massive video screens showed messages from home, including personalized videos from US presidents - George Bush, George W. Bush, Jimmy Carter, Bill Clinton and a special message from President Barack Obama, who sent a personalized letter of thanks. Just a side note - Charles Carroll, the man who dreamed up this trip has a distinct connection to the White House as he was previously offered a job there. 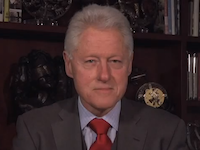 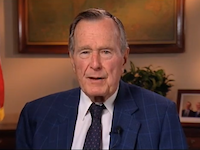 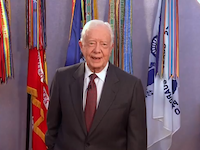 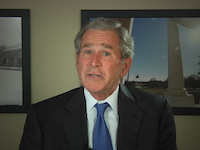 The show had momentum. Marcel Forestieri, a Jay Leno impersonator broke the tension with colorful material that hit it home and delivered the laughs. Magician Eric Buss did magic with props you would wonder how he got through customs. The Three Waiters, surprise opera singers, even had one of them dress up in a uniform to sing from the audience. Celebrity Chefs Rick Moonen and Rick Tramonto had an Iron Chef competition on the stage that could be used as a pilot for a TV show. Mysterious Ways - America's U2 Tribute Band had everyone dancing and singing.

Once we came off stage we went through the audience. I met the most extraordinary people, who told me about their lives. I met people who I will never forget, even though our encounter was brief. I saw a sparkle, determination and a cause in their eyes that changed my life forever. We laughed, we cried, signed autographs. I hope I left as much of an impression on their lives as they made on mine.

I found it hard to say goodbye. In our spare time we visited war rooms and training facilities, talked to trainers who give the troops knowledge to stay alive, shown military vehicles and shot weapons. We saw mine fields that had people hard at work defusing them.  We were well protected. But signs of war were everywhere around us. While being shown a helicopter and signing bombs, the team was interrupted, because the pilots had to deal with an emergency situation elsewhere.

The performances never stopped, even while in the air. Soldiers who travelled with us got treated to performances of magic at 30,000 feet and opera on military plane microphones. We visited the cockpit to say thanks to the pilots. We made friends and touched lives.

Our return flights home got cancelled due to volcanoes erupting somewhere else. The ash interfered with flight routes and schedules. The delay enabled me to see two special things - a lunar eclipse in Kuwait, and video of me on stage on CNN in a story about our special trip.

Upon arrival in Afghanistan, you could sense the tension in the air. The mood of the people was in fight mode, always ready for battle. Even as we spoke with soldiers, the answers were brief, curt and monotone. When we were leaving, we felt the love and emotion. The appreciation was in their eyes. They are not often told a simple word of thanks. We were there to look in their eyes, shake hands, hug as many people as we could and say a simple word of appreciation. Thanks for the sacrifice. Thanks for the dedication. And thanks for putting their lives on the line for peace. Next time you see someone in a uniform. Shake their hand, look them in the eyes and say thanks.

Thanks to the organizers for having the audacity and a dream. This was an impossible mission that became a reality. A mission like no other that will stay with me forever. So thanks to those who plan and execute the impossible. People in front and behind the scenes - your impact was felt wholeheartedly. To all of you I say thanks.

A few months after the trip, a celebration of this monumental event was held in Houston. Unfortunately, due to a heavy touring schedule, Boris was unable to attend. He sent this video.

Operation HOT team members, receved a Commendation from the City of Houston and a letter from the White House from President Barack Obama. A special momento of the trip was a flag, flown on a combat mission over Afghanistan in an F15E "Strike Eagle" mission supporting Operation Enduring Freedom.

Get Adobe Acrobat Reader
The effort was headed by Chef Charles Carroll, and included entertainment by:

Food services were provided and prepaired by:

Operation HOT returned in June 2013 to deliver gifts, food and performances in Kuwait and Afghanistan. This time, the grand show was held in Kandahar, Afghanistan. The team also travelled to numerous Forward Operating Bases to provide entertainment and inspiration. Meet and greets were extremely well attended. The team signed autographs, hugged soldiers and shook hands with as many soldiers as they could.
Operation HOT 2nd Deployment included:
At the reunion celebration of Operation HOT, team members received letters from the White House from president Obama and mayor of the city of Houston comemorating their efforts. 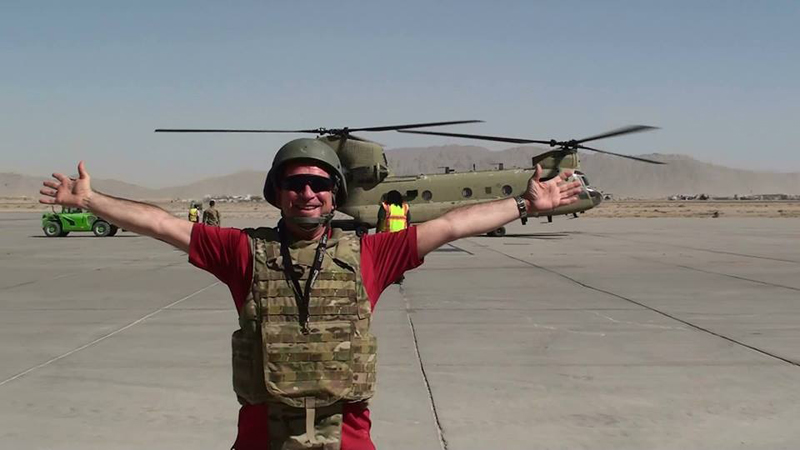